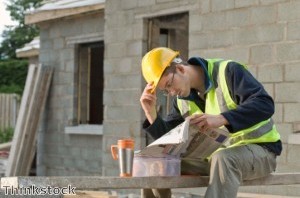 The company released the results from a study at the end of last month (May 24), which compared the trend across different regions around the world including the United Kingdom, Europe, the United States, the Middle East and Asia.

Titled 'Global construction disputes: A Longer Resolution', the report was the third of its kind undertaken by the London consultancy with research help from ARCADIS Construction Claims Consulting.

One of the main findings showed that construction disputes in 2012 averaged more than a year in length, which is 20 per cent longer than those in 2011.

However, the good news is that the average value of the 2012 disputes actually declined slightly, down to US$31.7 million from US$32.2 million in 2011.

Mike Allen, the global head of contract solutions for EC Harris explained this value fall by saying that "construction projects are increasing in complexity, so when a dispute materializes, its duration is not necessarily linked to its value, and so complex disputes can take equally as long to unravel".

These numbers are averages however, so in actual fact, the length of disputers in both the United States and Europe fell in the 2012 period. What once took 14.4 months to resolve in 2011 was down to just 11.9 months in 2012 in the US, while mainland Europe showed the shortest dispute time with an average of just six months.

The study credited the decline to a culture of claims avoidance and the experience of their clients and contractors. Some managers, for example, may have previously dealt with disputes and could work to prevent them before they arose.

As for what was causing these disputes, the top five claims included failure to make interim awards on extensions of time and compensation, differing site conditions, failure to understand and/or comply with contractual obligations by the employer/contractor/subcontractor, and general errors and/or omissions to the contract document.

And at the number one spot for dispute causes internationally were incomplete and/or unsubstantiated claims.

Following this, the three most common practices of alternative dispute resolution in the United States were party-to-party negotiation, mediation and arbitration.

In the UK, the two most common means of resolution were adjudication and arbitration, followed by party-to-party negotiations.

What does it mean for us?

While this may all seem far away from the South Pacific, these disputes and resolutions may have some lessons for those down under too.

The Consumer Guarantees Act declares that any service should be carried out with reasonable skill and care at a reasonable price which applies to all building practitioners.

The best dispute is no dispute, so keeping clear lines of communication open between client and contractor is vital in order to make sure both party's expectations are met.

If a dispute does arise however, expert advice will help you to keep the length, and invariably the costs to all involved, down to a minimum.

This entry was posted in Tips for Tradies. Bookmark the permalink.

Get inspired!  Sign up for our e-newsletter  |  Get saving!  Save with a Resene DIY Card