What colours can inspire a startup culture? 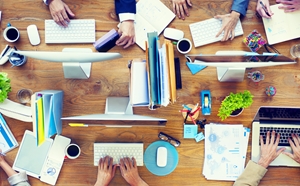 Whether you're piloting a new type of service or creating the next million-dollar app, working at a startup can be quite intense.

Believe it or not, atmosphere can have a profound effect on how you and your colleagues find the motivation to put in a 14-hour day. Electing to foster this unique environment by painting your walls Resene Clementine Orange or Resene Violet is just the beginning. Before inspiring creativity and a sense of purpose, you need to know what kind of culture you're participating in.

What is a startup culture?

This was a question Wired contributor Corey McAveeney tackled, having spoken with various figures working in companies that would be considered in the 'startup' stage. Ultimately, he approached the topic from the angle of a newly-appointed CEO in charge of developing a strategic vision for a new business, emphasising the following elements as drivers of a startup culture:

Essentially, the personality behind a startup is whatever you make of it. It's like an adolescent learning who he or she will grow up to be. The feeling is similar to a group of young people who are finding their place in the world.

At the same time, adolescents do have a sense of energy and urgency – startups have to establish themselves as viable participants in competitive markets. Therefore, a strong work ethic and aura of flexibility are likely rampant across many startup companies.

The colour of boldness: The best route to take?

Generally speaking, a startup is in a perfect place to try new things and take risks. So, it's important to foster an energetic environment that makes people feel comfortable enough to take chances.

Red is one particular shade that may have this desired effect. As it has the longest wavelength, it's easily recognisable, and is associated with a pronounced sense of excitement, according to Colour Affects.

Then again, due to impact and 'loudness' of this colour, having too much red can overwhelm people who are already in a fast-paced, sometimes stressful atmosphere. Red also instigates aggression, to a certain degree.

Yellow or orange may be a nice compromise here, especially considering that the former encourages social behaviour, creativity and positive self-esteem.

An atmosphere of recovery

For her senior thesis, Claremont McKenna College graduate Nora Studholme scrutinised the startup culture around Silicon Valley, a region in California known for its lively tech culture. She was inspired to write her senior thesis on the subject after her cousin reported working 80 hours at a startup in Silicon Valley. Forbes contributor Joscelin Cooper also commented on the culture, asserting that "working marathon hours is part of Silicon Valley's DNA".

While the situation described by Studholme should not be used to generalise the environment of every startup, it does point to the possibility that the drive behind many new companies may push employees quite hard.

So, selecting a 'green room' where workers can recover for a certain amount of time may help production. Why green? The colour is associated with a mental and physical sense of balance or harmony, according to Colour Affects. Refreshment is another concept that comes to mind when some people are exposed to green. This makes sense, given that green is a colour paired with vibrant, lively and healthful plant life. Try Resene Unwind for a relaxing space.

This entry was posted in Paint. Bookmark the permalink.